From Here Nor There

There is an expression in Spanish that translated says: You are not from here nor there. (“Ni de aqui ni de alla.”) Many times in my life I have felt that way. Usually it is brought on by the way people around me treat me or make me feel. I was born in state of California, where there is a great diversity of people and culture. Many who live there are bilingual. The lifestyle in southern California is stereotyped as laid back and easy going and this made it easy to be accept by most without being judged by what language you spoke. The following are my thoughts and feelings based on my individual life experience. Not every bilingual person has the same circumstances or upbringing.

For many, speaking two tongues would be seen as a great ability and it is. The ability to speak two languages has opened many doors for me. The opportunities for bilinguals in the workplace are greater than before, due to the growing multi-lingual speaking communities. My ability to speak two languages began at home. This skill was sharpened as my siblings would communicate with me in English and my parents in Spanish. My mother tongue is Spanish. This is the language that reaches my heart when I read and write. English is the language I best learn in. Here is an example to give you some insight on this matter. Let’s say science is the subject being presented. I can understand these topic more easily in English than in Spanish because I learned these subject in the English. Now say for instance, I was in a conversation about daily life such as dealing with a family issue or problem. My thoughts would process the information in Spanish because this is how I learned to problem solve in my house. To simply put it, I learn in English and live life in Spanish.

Interesting enough for a bilingual person, the language that is selected for a conversation is determined by the majority or by who is speaking first. For example, let’s say in the workplace, my coworkers are having a conversation on sports. Since the majority speak English, I accommodate to that. If I was speaking with someone who’s dominant tongue was Spanish, I would automatically speak Spanish. An extraordinary event happens when there is a group of bilingual people talking. Many of you may have overheard conversations where you can pick out a few words being spoken. This is what we call Spanglish. This is when bilingual people mesh both languages as they speak. They go back in forth using both languages without stopping the flow of the conversation. On occasions, I have seen this phenomena with Koreans, Japanese, Vietnamese, etc. I would compare it with a group of birds chirping away and only they understand the fully what is happening. It’s quite impressive.

Bilinguals will sometimes have insecurity about their ability to speak. In my case, I would say it is rooted in that I was very shy person growing up. The rest I attribute to embarrassing events that I lived through. There have been times when I was unable to express myself to others at that particular moment due to a lack of a words. You can say it was a stutter in thought. My words did not come out as quickly as I thought them. Another type of uncomfortable situation is when people promptly correct you when you misspeak. Some people are harsh, sometimes they laugh when you don’t speak in the right tense. Others will straight out correct you in front of a crowd. It is in these times you feel small and wish you only spoke one language. 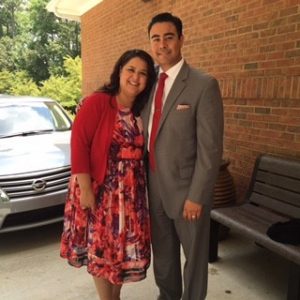 All in all, it is great to speak and understand two languages. To assist others in communicating their thoughts and feelings by translating. To help a person feel accepted by speaking to them in their primary language when others ignore and don’t even acknowledge they are there. I have attempted to learn a third language, but have been unsuccessful in mastering it. So I am content with two for now and I will continue to struggle with perfecting my Spanish and English hoping to improve my delivery of thoughts and feelings with words.  I leave you with a spanish word that most people know and literally translated means “with God”. “Adios!” (Good bye!)